Learn What Are The Limitations Of Computer In Our Daily Life 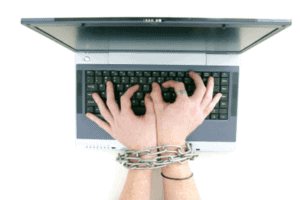 If today’s computer is like that one then will anyone wish to get one?

From my perspective, 99.99% will show their unwillingness without hesitation. Hence, today we can see 49.7% (according to 2019 Statistics), people have own personal computer. So, this big change happens because of the handy as well as the flexible use of the computer.

Nevertheless, a natural question will arise “Could a computer conquer all of its limitations?”. So, to understand the limitations of computer you need to give a short tour of this article.

Indeed, the computer device becomes an essential device in our modern daily life due to its extraordinary ability. Similar to other devices, a computer holds some limitations in its entire system, let’s familiarize with those. 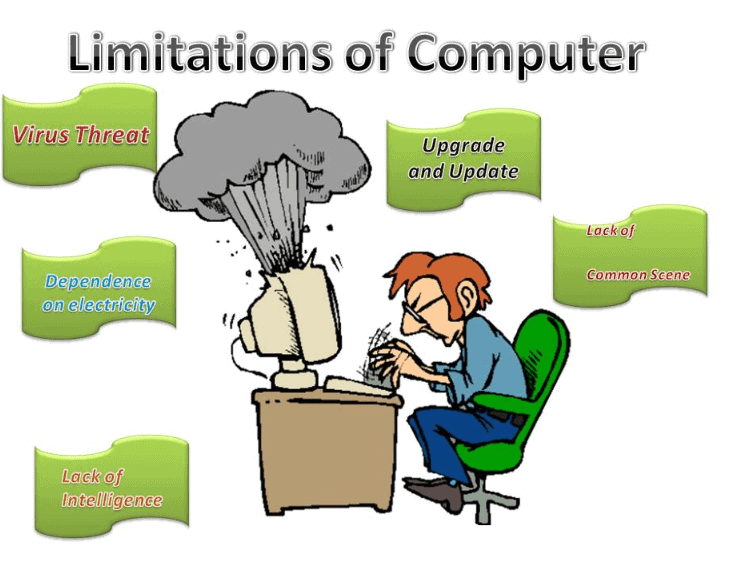 Common sense is a natural ability of humans that assists to perceive, understand, and judge a matter practically. As a result, people can take the situation-based decision with the help of the common-sense ability.

When we judge a computer in this arena then we will see it can’t take any decision until a user provides some command.

In recent days, you will familiar with AI(Artificial Intelligence), but, it is also controlled by the user’s commend. A computer user needs to provide necessary knowledge on social, physical, psychological, sensory and many more in a computer’s database then the computer start analyzes and takes a decision.

As a result, you will see when a computer meets any new problem then it can’t go ahead.

Next Hit:Types Of Optical Disk And Learn The Advantages knowledge Of Them

IQ is the ability of a person to efficiently use information and logic to make a prediction as well as answer the questions. If you wish to measure the intelligence for the educational placement or select the right person for the job then IQ (Intelligence Quotient) will be the perfect term for you.

A computer is a lag behind in this arena, so, it requires input from the user to take a decision in a particular situation. So, a computer takes so much time because it needs to wait until a user inputs something to tackle the situation.

Unable to Take Part in Decision-making

Decision making is undoubtedly a complex task and requires knowledge, IQ, common sense, and so on. For this reason, you will not see a computer take part in the decision-making activity. 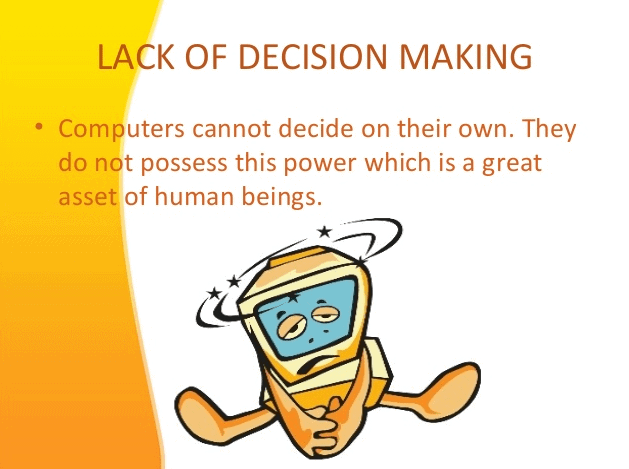 Unable to Take Part in Decision-making

However, if a user provides necessary logic, algorithms then the computer will get the hints and output decisions after analyzing those.

A popular saying you may hear is “An Idea can change your life” and its implementation you will see on Facebook, SpaceX, and so on.

If we try to do something new like commencing a new business or try to make a new dish then naturally our brain will give us many alternatives way to finish. We called this natural consequence an idea and it assists us to do the creative tasks. 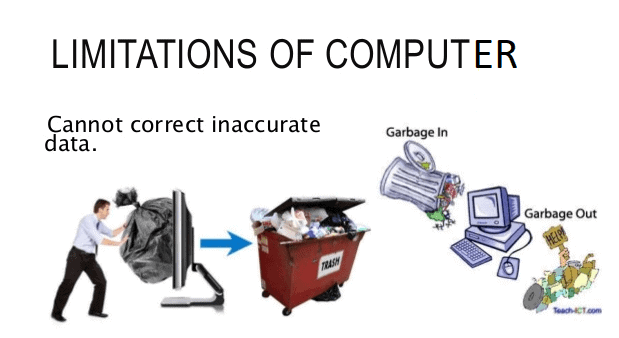 By the way, a computer has no ability to provide you any idea rather it can only analyze its provided data and forecast some nearest both sides of the idea.

Incapable of Implement Anything

We get our required outcome from a computer but if the outcome isn’t implemented then it will not fruitful to us.

Here, a computer can only storge and analyze billions of outcome data but in executing the result it can’t proceed until a user give a hand.

Unable to Imagine Anything

When we wish to do something then we can see daydream and can set our goal in our imagination. Moreover, imagination capability provides someone the spirit to take any risky attempts. That’s why you saw people can walk on the moon’s surface and send a spaceship to the mars.

In this arena, the computer has a long-distance than our expectations. A computer only depends on the user’s provided logic, algorithm, and so on to predict the possible outcome.

What is the main limitation of computer?

When you wish to use your computer like a human-like providing necessary instructions then you will face a problem because a computer has no IQ, own decision-making power, imagination power, etc.

What are the disadvantages of computer?

You will not find IQ, imagination power, implement anything without the user, express ideas, etc in a computer so, it always has to depend on the user’s input.

What do you mean by limitations?

The limitation is considered as the weakness as well as unfit to operate some tasks. When it comes to the computer then you will find it has no IQ, imagination power, decision making, etc.

Why Charles Babbage called the father of computer?

In 1837, Charles Babbage is the person who at first gives an idea of the Analytical Engine and it holds the Arithmetic Logic Unit, basic flow control, and integrated memory. So, people called Charles Babbage as the father of the computer.

Which operation is not performed by computer?

A computer is incapable to provide an idea, take part in decision making, implement the output, etc so, a computer only depends on input data from a user.

Bill Gates says “A computer born to solve the problem that does not exist before”. Today, a computer helps us to store large amounts of data, boost up our productivity, keep us connected, and so on. Albeit those merits, we also encounter some limitations of computer.

We hope that you will get your desire knowledge on limitations from this article and if anything vague to you, notify us to clear.

We use cookies to ensure that we give you the best experience on our website. If you continue to use this site we will assume that you are happy with it.OkPrivacy policy