What are the Classification Of Computer? 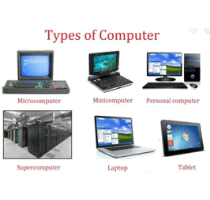 There are various types of Computers where each differs from the other in data processing, data handling, and especially in functionality. The classification of Computer can be done according to four bases. They are:

What is computer generation and types?

Generation of Computers refers to the improvement of the hardware and the performance after the advancement in each generation. For example, during the time of the first generation of computers, Vaccum tubes were used. In the 2nd generation, computers used transistors and diodes. Gradually computers started to use integrated circuits, microprocessors, and many more.

These improvements in the hardware structure and generation resulted in better performance, durability, and low power consumption. The latest generation is 5th generation computers and it is based on artificial intelligence.

What are the major types of computer?

On the basis of Data, Processing Computers are of three types. They are, 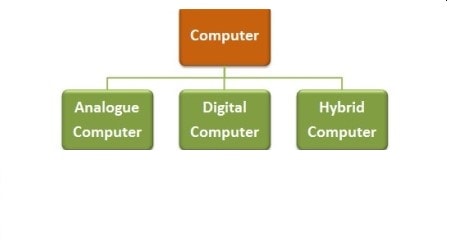 the major types of computer

An Analog computer is an older form of computer that used changeable aspects of physical facts like mechanical, hydraulic, etc to solve problems and process them.

A digital computer uses binary digits (0,1) to solve calculations and logical problems. Mathematical calculations,  organizing and analyzing data, industrial control, and other processes can be done with such a computer.

What are the classification of computer according to size?

Computers are of five types when we consider the size and capacity. They are:

A microcomputer is a form of modern computers that needs a microprocessor for its CPU. Micro Computers also include memory and minimal I/O circuitry mounted on a printed circuit board. It is hard to maintain and is relatively more expensive compared to other computers. 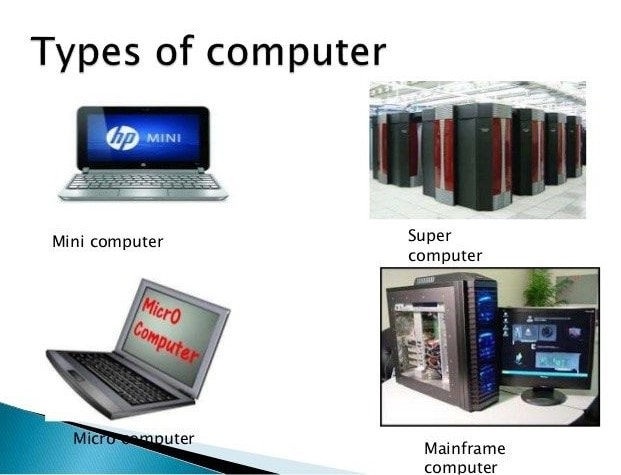 Minicomputers were basically designed to control, implementation, human interaction, communication, and so on. These computers were available in the 1960s and were sold at a low price.

Mainframe computers are usually used by various organizations to process bulk data and such computers have high processing capabilities. The mainframe architecture was established sometime in the late 60s and is constantly being upgraded by developers.

Workstation Computers are a single user computer system kinda like the Micropcomputers but with more advanced microprocessor capabilities.

A supercomputer has the highest processing speed up to date. There are about 500 supercomputers worldwide and they run basically on the Linux operating system. China, the US, EU, and other developed countries are constantly trying to develop better supercomputers and increase its processing power.

Why do we classify Computers?

What are the 5 classifications of computers?

According to size and capacity, the 5 classifications of computers are,

Computers differ from one another based on their data processing, Generation, purpose, and capacity. That is why to better understand the different computers, Classification of Computer is needed. Hope reading this article you now know a few things or two about the structural and functional variations of computers.

Have a nice day and please let us know if you have anything in mind about the topic. We are always there to help our supporting viewers. Goodbye.